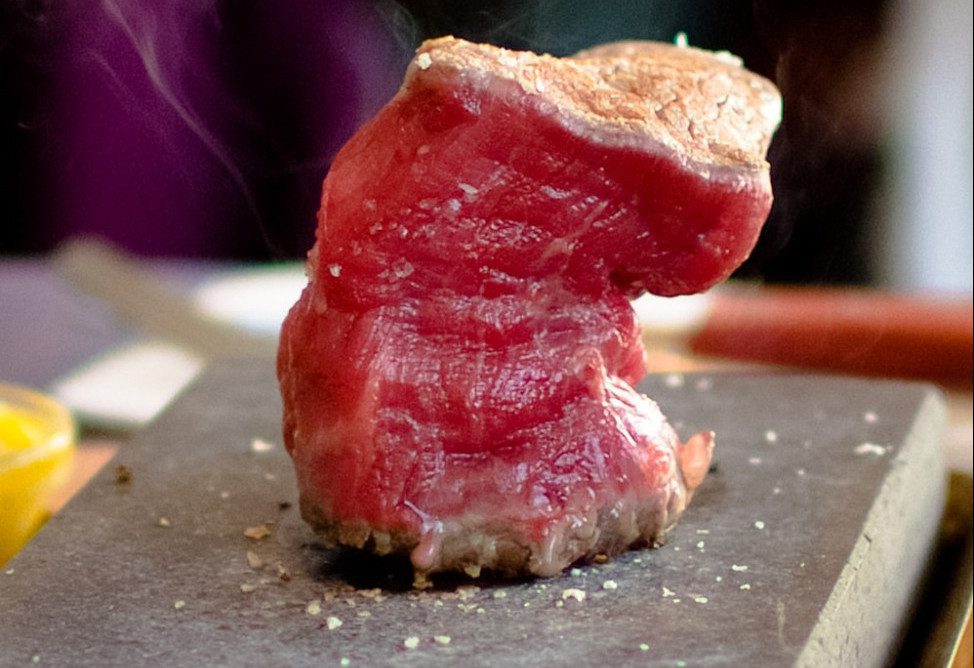 Are you wondering, “Is it safe to eat blue steak?”

You know, that steak that is almost raw; that has only been cooking long enough to seal the meat’s exterior.

Does it sound risky?

Is It Safe to Eat Blue Steak?

The answer is yes, as long as it is cooked correctly with the entire surface sealed, and you get your meat from a reputable place. The meat itself is safe unless the animal was diseased, but the surface of your steak still needs to be cooked because that is where any bacteria will be lurking.

What is Blue Steak? 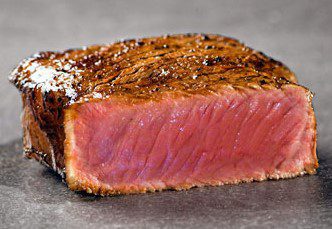 Blue steak is a steak that is cooked a certain way and is very rare. The inside will be mostly raw.

Some people say that a blue steak is the closest thing to a living, breathing cow because you only cook the meat briefly to seal the outside and cook off any bacteria on the surface.

The interior is extra rare and just shy of raw, reaching no more than 115°F.

And that’s the goal, to leave the inside as raw as possible.

Why Is It Called Blue?

Some say it’s called blue because it’s the color of the meat before it is oxidized.

Once you expose the steak to the air, the myoglobin interacts with the oxygen, turning the meat bright red. That is the color you see in the supermarket.

But the steak’s interior continues to stay that “blue” color because it has not been exposed to the air.

Others think that “blue” means cold and is associated with “au bleu,” a French term for a method of cooking freshwater fish, namely trout, that causes it to turn blue on the outside.

I’m not sure who is right.

When I look at pictures of blue steaks, I see red. Is that because the myoglobin has turned the blue color to red, or do some see a blueish color? I don’t know.

And I agree that the inside of a blue steak is barely warm, but I don’t know if it’s cold.

You decide. Do any of these explanations make sense to you?

I will go as far as to say that blue is more about the temperature of the meat than it is the color, but you may think otherwise.

As long as you seal the entire surface of the meat to kill off any bacteria, your steak is safe to eat.

Are there any other factors to consider?

Yes. You will want to buy your meat from a reputable source: a butcher or most grocery stores. You could also butcher your own if that is feasible for you.

To be clear, I am talking about steak and not ground beef. Ground beef goes through a grinder and mixes the bacteria throughout the meat. Therefore it is not safe to eat raw.

I am also not talking about mechanically tenderized steak because, once again, the bacteria will get inside the meat.

There is evidence that you should sterilize the cooking utensils because bacteria may also be on their surface.

Of course, you know about sterilizing; that’s why you wash your dishes.

But do you think to wash or disinfect your tongs after they touch the raw meat and before turning it over while cooking? That’s a good idea if you are particularly concerned with the safety of your blue steak or any steak for that matter.

One person explains steak’s safety this way: Steak is a solid piece of meat just like your hand is a solid body part. If you get raw egg on your hand, you wash it; you don’t boil it to kill off any bacteria on the inside. In the same way, it is not necessary to cook the interior of the meat where no bacteria resides.

Why Someone Would Eat a Blue Steak

Well, if it’s safe to eat, and you like the texture and taste, why not?

Many people (me included) shrink at the thought of eating meat that you haven’t cooked through to at least medium. Even medium-rare seems too raw.

But if high-end restaurants are willing to prepare blue steaks, and a growing number of people are eating them without getting sick, then it must be okay.

I cannot think of a more appropriate time to say, “To each his own.”

Even with more high-end restaurants being willing to cook your steak blue, what might you expect from a medium-priced restaurant or steak house?

You will probably get your steak rare. Maybe from lack of training, fear of someone getting sick, or some other reason, many restaurants are not keen on cooking steaks that rare.

Unless you can afford a high-end steak restaurant, you may want to consider cooking your own.

Cooking a Blue Steak at Home

Making your own blue steak at home is not much different from searing any steak.

It’s all about how long you cook it.

Here are the basic steps to searing a blue steak:

I recommend letting steaks rest 5-10 minutes, so the juices distribute evenly, but is it necessary with blue steak? I’ve heard no because the interior doesn’t heat up enough for this to be an issue and yes, let it rest for seven minutes. So, I’m not sure. Letting it rest won’t hurt it, though.

The interior will be anywhere from 84°F up to 115°F, and your steak will feel spongy.

You can also read How to Sear a Steak – 9 Rules You Will Want to Know to read more about searing.

Is it safe to eat blue steak? Yes. But I cannot go as far as to say I recommend it.

I myself would not eat a blue steak, so how can I say you should try one?

So, by all means, if eating your steak almost raw appeals to you, then give it a try and let me know what you think.

And if you are looking for a skillet to make one in, I always recommend searing steak in cast iron. Check out my Lodge 10.25-Inch Cast Iron Skillet Review.