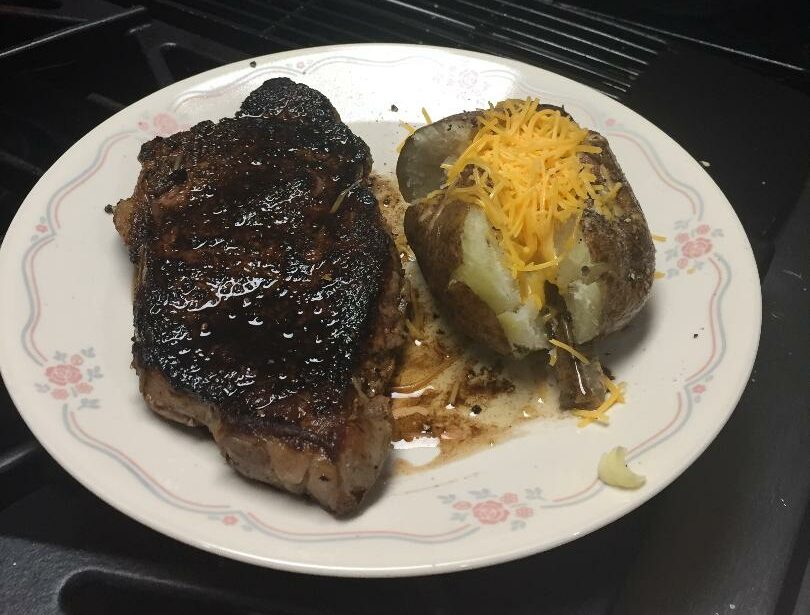 I’ve never been a steak lover, but I’ve had a few really good steaks in my life. My husband, on the other hand, loves steak. And he said the best steak he ever had was the one my son-in-law seared and let him try. So I’ve decided I want to learn how to sear a steak.

Searing is a technique in which you cook your meat at high heat for a short amount of time to caramelize or char the meat’s surface. A common myth is searing seals in the juices, but that is not true and not the purpose of searing.

This article will explain why you would want to sear your meat and nine rules to keep in mind. I will conclude by sharing step by step my first experience of searing a steak.

I am a participant in the Amazon Services LLC Associates Program. If you make a purchase using the links in my articles, I receive a small commission.

Why Sear Your Meat

The purpose of searing is to create flavor and texture. When you caramelize or char the surface of your steak, it will add a brown crust that tastes delicious.

Rule #1 Do Not Use Cold Meat

An hour before you start cooking, get the steak to room temperature. If you use cold meat, you will have to cook your steak longer to get the center done. And it will be less juicy. Cooking longer is the enemy of successful searing. 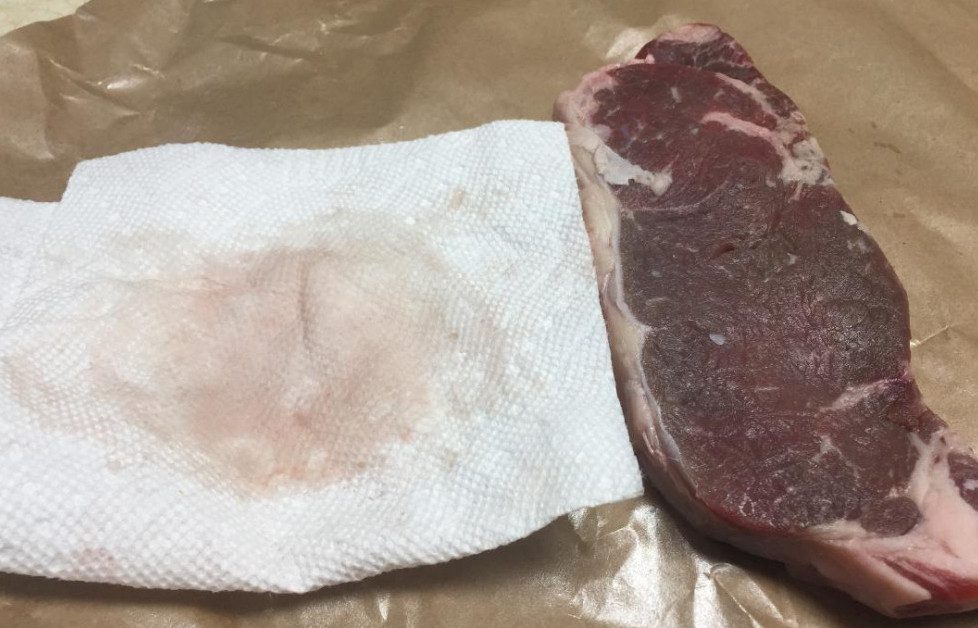 You want to use a paper towel to get off any moisture to shorten the cooking time. Any moisture must first evaporate when the steak hits the surface of the pan before the browning or caramelizing can begin. And remember you want to sear as quickly as possible.

Even if your steak doesn’t look wet, you will see that it has more moisture than you realized when you blot it with a paper towel.

Rule #3 Get Your Pan Nice and Hot

Heat your pan over medium-high heat first. It can take anywhere from 5-8 minutes. When you see a wisp of smoke rising from the skillet, it’s time to add the oil.

The consensus seems to be that cast iron is the best type of pan for searing because:

Rule #4 Use the Right Size Skillet

To avoid burned steak juices at the bottom of your pan, don’t use a huge skillet for a single steak. On the other hand, you also don’t want to overcrowd your steak. Crowding may cause your steak to steam instead of sear, as well as cook unevenly. Finding the right size skillet is preferable.

The truth is, not all cast iron skillets cook evenly. To avoid hot spots, try to use a pan that is the same size as your burner whenever possible. 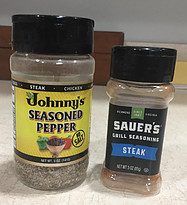 When the skillet is hot and has reached its smoking point, then it’s time to season your steak with salt and pepper or whatever seasoning you want to use. Whatever else you season with, be sure to add lots of salt.

The reason you wait is that salt draws out the moisture, and your steak will be wet again. Adding salt right before you put your steak in the pan will solve that problem.

After you have seasoned your steak, add the oil just before putting the meat in the pan.

What is the correct type of oil? The one with a high smoke point like avocado, safflower, or peanut oil. Using a brush, coat the entire surface of the pan with oil. You will need approximately 1 tsp. to 1 Tbsp., depending on the size of the pan. Some recommend using more oil, but too much will cause splattering.

Hearing the steak sizzle when it touches the pan lets you know you are doing everything right.

Some smoke is fine, but you will definitely want to turn on the vent fan.

One other thing, don’t ever cover your steak as that will trap steam inside, and it won’t caramelize.

Rule #8 Sear Your Meat For the Right Amount of Time

The right amount of time will depend on the thickness of the meat and how you like your steak. For a 1” steak that is medium rare, you will cook it for 3-4 minutes on each side, but if you prefer your steak medium, as I do, it will take a bit longer.

Having a meat thermometer will come in handy as you will be able to check your steak’s internal temperature. Or you can use the finger test: Once you have turned your steak over, and it has cooked a couple of minutes, touch your finger to the meat in a couple of places. If it pushes down and feels a bit squishy, it is medium-rare, and if it feels more firm, your steak is medium.

How to Know When Your Steak is Done 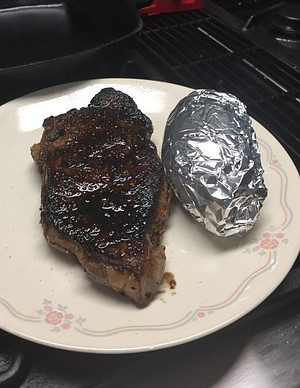 You can either use the finger test or a meat thermometer. If using a thermometer, you will know your steak is done when it reaches the following internal temperature:

Before cutting into that steak, you will want to let it sit for 5-10 minutes to allow the juices to release and redistribute throughout the steak. If you cut into your meat too soon, the juices will run out onto the plate, and your steak will be dry. The goal is to have a juicy steak.

Store Leftovers for 3-4 Days in Refrigerator

Should you by chance have some steak leftover, you can put it in the refrigerator, but best if it’s eaten within 3-4 days, according to Healthline.

If I’m honest, I have not always followed this rule or any rule about how long leftovers will keep, but I wanted to give you a good health guideline. Ultimately, it is up to you to decide.

Reheating, if done the right way, can still produce a great-tasting steak. There are several ways you can do this: in the oven, microwave, or stovetop.

Using the above tips, I attempted to sear my first steak for my husband. Here is how it went:

I wanted to add him in a photo, but he said no thank you.

The following day (today), I seared a second steak for myself. I wanted mine to be fresh, and since I don’t generally eat a full supper, I wanted to wait until lunch the next day. I did everything the same except I used salt and pepper to season. It turned out just the way I like it – medium. All in all, searing steak was a good experience and one I will continue.

Clean-up is a Breeze

I was a little nervous that my pan would have burned-on steak juices, but it didn’t; either time! Once the pan cooled down somewhat, I wiped it out with a paper towel. Then I followed the cleaning process I always use. I rinsed the pan with warm water, used a brush and a dab of soap to clean the inside. After that, I dried the pan with my dedicated lint-free cloth, sprayed a little canola cooking spray, and wiped it around the whole pan before storing it.

I not only wanted to tell you about how to sear steak; I wanted to experience searing one as well. I’m so glad I did. I hope you learned something that you will use the next time you sear.

My son-in-law says the rules are universal and that everyone who sears meat knows these rules. But everyone had to have a beginning and find out what the rules were. If there was no one to tell or write them out for them, they probably Googled it. Maybe that’s what you did.

If you know any more rules or tips, please let me know in the comment section below. If you agree or disagree with anything I wrote, let me know. If you have a question, don’t hesitate to ask. I would also love to hear about your experience searing steak.

And if you would like to know more about the seasoned pepper I use, please check out my review on Johnny’s Seasoned Pepper.