If you are just getting started with cast iron or wanting to know more about Lodge cookware, this review will hopefully give you the information you are looking for and help you decide if a Lodge 10.25-inch skillet is for you.

Lodge is the most well-known Cast Iron manufacturer in the US for its quality, affordability, and overall reputation.

For this reason, among others, the 10.25-inch skillet is one of my favorite pans to use for everyday cooking and especially for searing a steak. 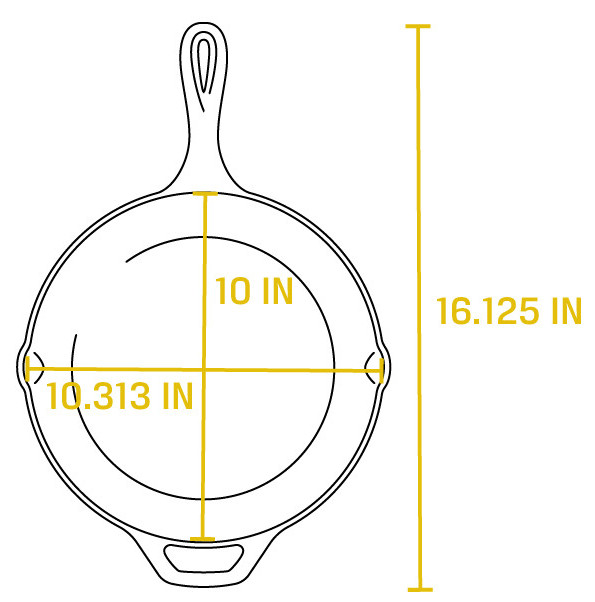 Who is Lodge Cast Iron?

Lodge is an American manufacturer located in South Pittsburg, Tennessee, and has been around since 1896. Joseph Lodge founded Blacklock Foundry, which later became Lodge Cast Iron after moving his family to South Pittsburg in 1877.

The only complete line of American-made cast iron cookware is Lodge Cast Iron. And it’s known for its quality, versatility, durability, even heating, and natural, easy-release finish. Therefore, cast iron gets better with time.

Is There Anything Else to Know About the Lodge 10.25-Inch Skillet?

One of the best things about cast iron is you can use it in the oven, on the stovetop, on the grill, or over a campfire. Plus, you can sear, saute, bake, broil, braise, fry, or grill. Now that’s a lot of versatility!

Lodge claims all of their cast iron cookware has “unparalleled heat retention and even heating.”

Here are some of the other features you will find with this skillet:

Sheepherder’s Breakfast Made in a Lodge 10.25-Inch Cast Iron Skillet

What I Think of This Skillet

My favorite thing to do in this skillet is sear steak or saute vegetables. I love making skillet meals, but I mostly use my 12-inch because my husband is a big eater, and it works better for us. I also like to bake but generally use my smaller skillets or my Lodge 10.25-inch Baker’s skillet.

The only thing I don’t like about this skillet is I haven’t used it enough to smooth out the bumps. It’s not because the bumpy, pebbly surface affects the cooking, but I must be careful using a paper towel to wipe the cooking spray around the pan. Since the paper towel tends to shred, I find tiny bits of it in the pan.

I could season the pan repeatedly in the oven to fill in the pebbly surface with the baked-in oil, but I don’t want to say for sure it will work since I haven’t tried it. I’ve only heard claims. 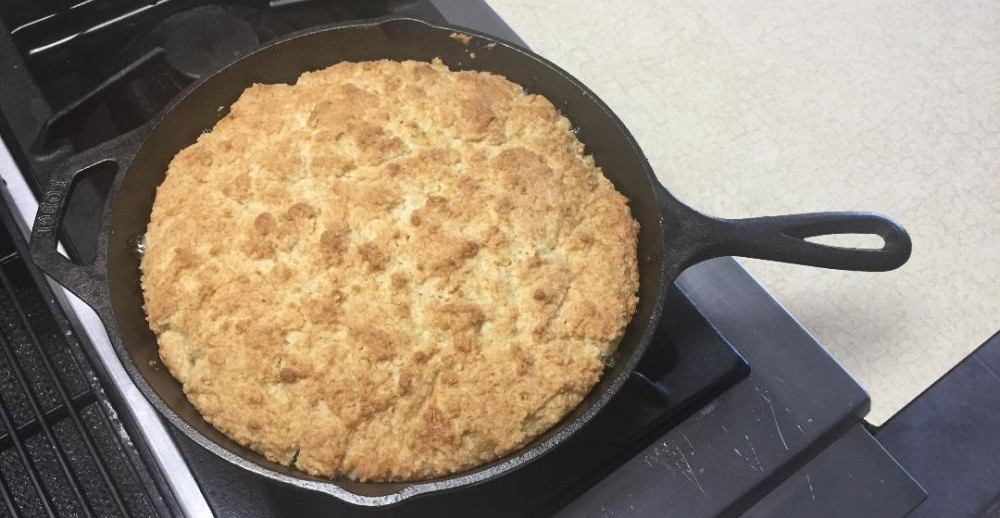 For those who liked this pan, which was the majority, most commented on what food they made in this skillet and how it tasted. Not everyone agreed it was suitable for cooking eggs, especially in the beginning. But overall, people said this pan was

Many were more than willing to give tips and teach others how to care properly for cast iron. It’s true; cast iron is a different way of cooking, making it exciting for some and not worth it for others.

For those who didn’t like this skillet, their dissatisfaction boiled down to three reasons:

Some said they followed Lodge’s instructions but didn’t get the results Lodge promised. At the same time, others bought their 10.25″ skillet based on the reviews but ended up being disappointed because of one of the three reasons above.

Not Your “Basic” Sausage Gravy Made in a Lodge 10.25-Inch Skillet

I hope you have found value in this Lodge 10.25-inch cast iron skillet review.

Overall, I find this skillet to be a good investment. And for the most part, others have agreed.

I like that it comes pre-seasoned so that you can use it right out of the box. Or, if you want, you can add your own seasoning to give it a more nonstick surface and begin filling in the areas around the pebbly surface to make it more smooth.

Some have claimed that initially doing the oven seasoning three to four times has eliminated the roughness. And others say the pebbly surface doesn’t bother them because it hasn’t affected the way their food cooks. For me, the pan’s surface has not been a big enough issue for me to say it’s a problem.

Either way, bumpy or smooth, I like this skillet!

So, if you are looking for a new cast iron skillet, I would recommend the Lodge 10.25-inch.