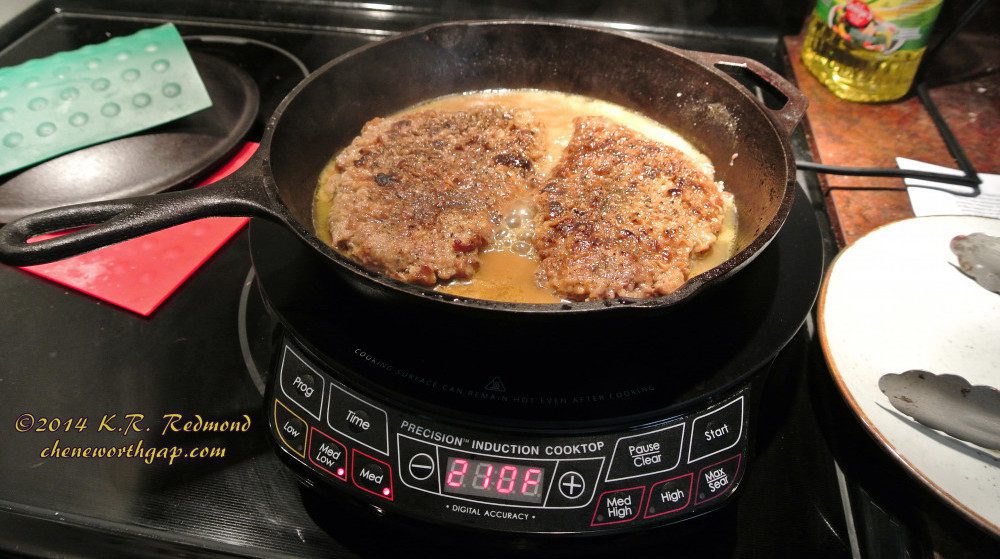 The simple answer is “yes,” you can use cast iron on induction cooktops. So, why do people ask if it’s alright? What are their concerns? This article will answer these questions. But first, let’s talk about what an induction cooktop is and what it isn’t.

What is an Induction Cooktop?

First, I thought induction must be another name for a glass top or maybe electric. I wasn’t sure, so I needed to start there because I had some questions of my own:

One definition of induction is” the production of an electric or magnetic state by proximity (without contact) of an electrified or magnetized body.” And that is how induction cooktops work.

Instead of using a gas burner or electric element to transmit heat to the pan, the coils generate a magnetic field that passes 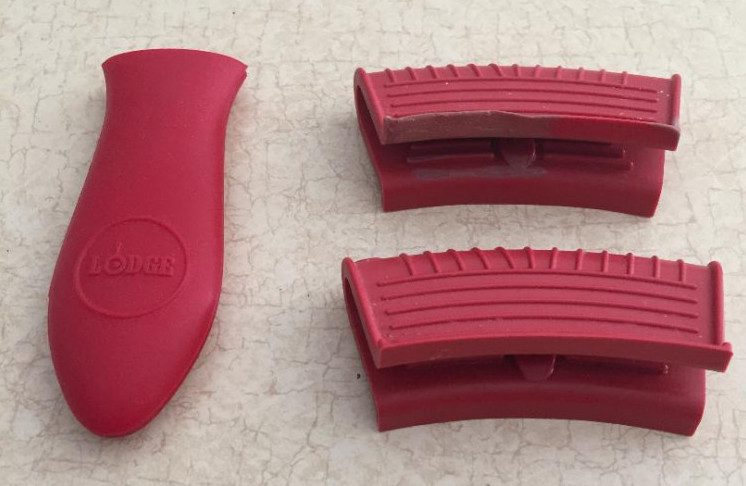 through the ceramic glass top to the magnetic pan causing the pan to heat up. With cast iron, the handles still get hot, so you will need oven mitts or silicone handle holders.

Induction cooking means you can eliminate the initial step of waiting for the burner to heat the pan. Instead, the electric currents go directly to the pan and heat it almost instantly. As a result, the cooking surface remains cool during and after cooking. Once you remove the pan, the cooktop is “off.”

Not all cookware will work on induction cooktops. The pan must be magnetic and the bottom flat in for it to heat. If you put a non-metallic pan on an induction cooktop, it will remain cold. Since cast iron is magnetic, it is one of the best options for induction cooking.

People use induction cooktops because they are:

Do induction cooktops always have a glass top?

Yes. An induction cooktop always has a ceramic glass top. It looks very similar to the glass on an electric stove. The most significant difference is induction doesn’t show a glow so you won’t know it’s on. Of course, if you turn it on and put a metallic pan on top of the surface you are cooking on, it is on, but if you like that glow for reassurance, you will have to look for one that has added virtual flames or other ways of knowing it’s on. More and more manufacturers are offering this, so it shouldn’t be too hard.

How is induction different from electric?

I have already answered this question for the most part. But to recap, electric cooktops are usually glass which is the same as induction. But other than that, the heating method is very different.

An induction cooktop may look similar to an electric stove, but don’t confuse the two. They are different in many ways.

Is it Okay to Use Cast Iron?

I have also answered this question. Cast iron is not only okay to use on induction cooktops, it is one of the best choices. Because cast iron is metallic, it is ideal for a cooktop that requires metallic cookware. And don’t let its heaviness deter you.

The benefits of cast iron are another reason to consider using this cookware on an induction stove.

Should You Be Concerned?

Most glass tops on stoves are made of ceramic. Ceramic is a type of glass and is harder than cast iron. Cast iron is a softer material. Science shows us that whichever material is softer can’t scratch the other. So, because ceramic is harder, cast iron will not scratch it, and why your metal utensils don’t mark up a ceramic plate.

In response to a comment about how cast iron will scratch your glass stovetop, several people responded by saying they have no scratches after using their cast iron on their glass stove, even after years of use or the occasional dragging.

Others say cast iron has a rough finish and, therefore, can scratch the glass surface. One person equates it to pouring sand on your glass surface and sliding the skillet around. In that case, they caution people to use enameled cast iron or put something under the pan, such as parchment paper. But as long as you don’t slide your skillet around, you shouldn’t have any problems.

One person even said cast iron was their favorite skillet to use on their glass stovetop because it distributes the heat more evenly. That lighter-weight pans tended to scorch their food. Of course, she was using an electric stove, not induction. But overall, the consensus seems to be that cast iron doesn’t scratch your glass surface.

What about breaking? Could your cast iron pan crack the glass? I read it can, but not from anyone who said it did break their glass cooktop. So, I don’t know, maybe it’s just a theory. 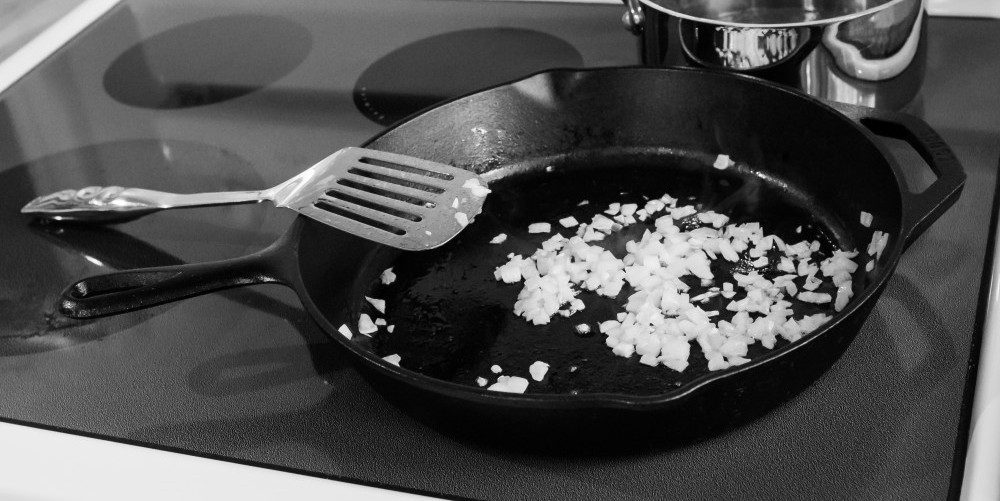 Would I Use Cast Iron on an Induction Cooktop?

I would use cast iron on any cooking surface and certainly on an induction cooktop. Why am I so confident? Because I have done the research and am personally convinced cast iron would neither scratch nor break the ceramic glass.

And as one person, who cooks on a glass cooktop with no problems, puts it–the quality of the food made in cast iron is so much better that it is worth the risk.

I explained what an induction cooktop is and answered some key questions about why people are concerned about using cast iron on it. Even though the majority say cast iron is okay to use on a ceramic glass top, and I even gave a bit of science behind why I agree with the majority, I suppose there is always a risk.

If you enjoyed this article or found it helpful, please leave a comment below and let me know your thoughts on using cast iron on an induction cooktop.

2 thoughts on “Cast Iron on An Induction Cooktop – Is It Wise?”