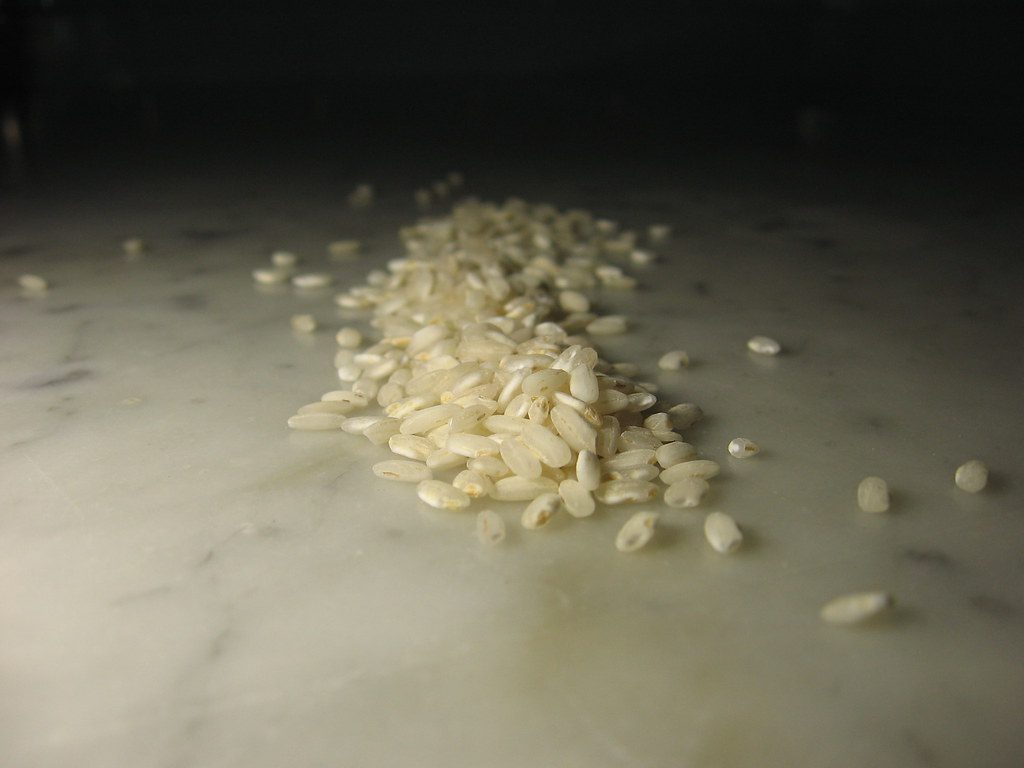 Have you ever wanted to know, “Can I make rice in my cast iron skillet?”

Maybe you like the idea of using your iron pan as much as possible, but you’re not sure how to make rice.

Can I Make Rice in My Cast Iron Skillet?

Yes, you can make rice in a cast iron skillet, but there is always a chance it will stick. It depends on your skillet. A well-seasoned pan will do better than a new one. There is also a risk of weakening your seasoning from boiling. Apart from that, knowing how much water you need, when to boil it, when to use the lid, and whether or not to stir it are all things that can help you successfully make rice in your skillet.

When cooking rice, you generally use twice as much water as you do rice.

And making rice in cast iron doesn’t change that.

Not everyone has a cast iron lid, so I’m not sure if using a less heavy one will work.

The reason you want a heavy lid is that, while the rice is simmering, the water will creep up and out of the pan if the lid isn’t heavy enough to hold it down.

Another advantage of a cast iron lid is it’s self-basting, and is specially designed for your pan.

However, if you don’t have one, you will at least want a tight-fitting lid to keep the moisture inside where it belongs.

In a rice cooker, you put the rice and water in simultaneously and turn it on.

However, when making rice in cast iron, you boil the water first.

With the lid on, it only takes a couple of minutes.

Once the water has boiled, you remove the cover to add the rice.

And reduce the heat to low as you put the lid back on.

4. Don’t Mess With the Rice While It’s Simmering

You may be tempted to take a peak or stir it, but don’t do it.

Leave the lid on until the time is up.

My First Experience Making Rice in a Cast Iron Skillet

Since I had never made rice in a cast iron pan before, I thought I would give it a try.

So I took out my Lodge 12-inch skillet because I have a 12-inch cast iron lid.

Normally I use my rice cooker.

But I was interested in knowing if I could make it in cast iron.

So, using the video below, I began.

Here is what I did:

Maybe it was because my skillet is relatively new and has not built up a good seasoning.

That’s the only thing I think it could be.

Regardless, I will probably stick to using my rice cooker.

How Did My Pan Fair?

Well, since the rice stuck pretty badly, I decided to try kosher salt to see if it would get the rice off.

With a bit of scrubbing using the soft side of the scouring pad, it worked.

Maybe boiling water, or perhaps scrubbing the rice off the surface, took some of the seasoning off.

It didn’t look too bad, but I decided to reseason it in the oven anyway.

So, overall, I consider my first attempt at making rice in a cast iron skillet a fantastic learning experience.

I’m just sorry the rice stuck, so now I don’t think I can recommend this method.

But I will still post the video because it shows that cooking rice in a cast iron skillet (without sticking) is possible.

However, if your skillet is newer and hasn’t had the chance to build up layers of seasoning, be prepared for it to stick.

How to Cook Rice in Cast Iron

If you wanted to know, “Can I make rice in my cast iron skillet?” hopefully, you learned that you can.

Making it is easy.

On the other hand, the rice might stick to your pan.

The difference is, when it sticks in cast iron, you may end up having to reseason it, as I did.

Have you successfully made rice in cast iron before?

Or do you think you will try it now that you know you can?

And if you are looking for a cast iron lid, check out my review. It would apply to other size lids as well.

Lodge 12-Inch Cast Iron Lid Review – Do You Need One?