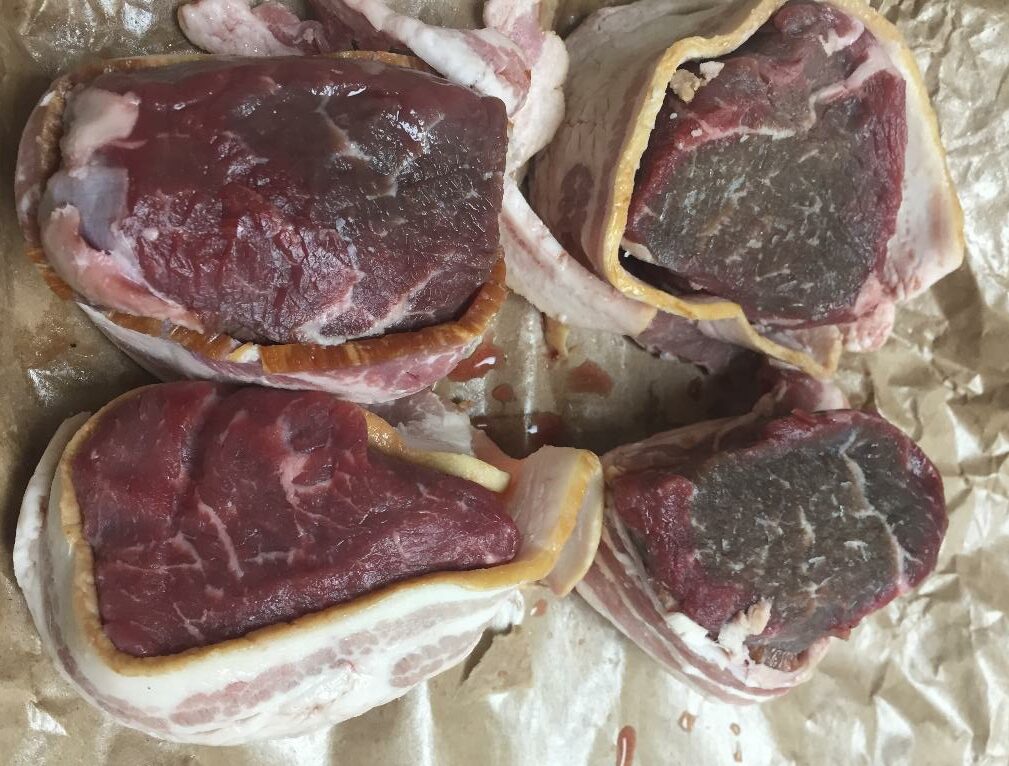 Have you ever asked, “Why does my steak turn brown?” Do you want to know if the brown color means your meat is unsafe to cook and eat?

What would you do if you opened up your package of steak and found where the steaks were touching, there was a brown color to them? Would You throw it away? Return it to the store for a refund or exchange? Or would you use it anyway?

In this article, you will learn the answer to these questions and know what the different colors of steak mean, how to tell when your meat has gone bad, and some tips on meat storage.

Why Does Steak Turn Brown?

So, You’re Saying the Brown Color Never Means There Is Something Wrong With My Steak?

I didn’t say that, but the brown color doesn’t automatically indicate that the steak is unsafe. On the other hand, when your steak has gone bad, the meat may indeed be brown. The thing is, there is more than just the color of the meat to consider when trying to figure out if it has spoiled or not.

4 Ways to Know If Your Steak Has Spoiled

Here are four common ways to determine if your meat is safe to use or if it’s time to throw it away:

Personally, I would mostly pay attention to two and three. I have used ground beef that was in the refrigerator for a week. It turned brown on the inside but was still red or pink on the outside, and I had no problems. But, I always throw meat away when it becomes slimy or smells bad.

I agree that the expiration or sell-by date is an indicator of when the meat might no longer be safe but if two days after the expiration date, your steak is still firm to the touch and doesn’t have an odor, I don’t see why you can’t use it.

And the way you store your meat can make all the difference in how long it lasts.

Everything You’ll Want to Know About Steak Storage

According to Still Tasty, the ultimate shelf life guide, steak can safely be refrigerated for 3-5 days if stored properly.

So, what do you need to know about proper storage? Consider the following:

Is It Okay to Thaw Your Steak on the Counter? 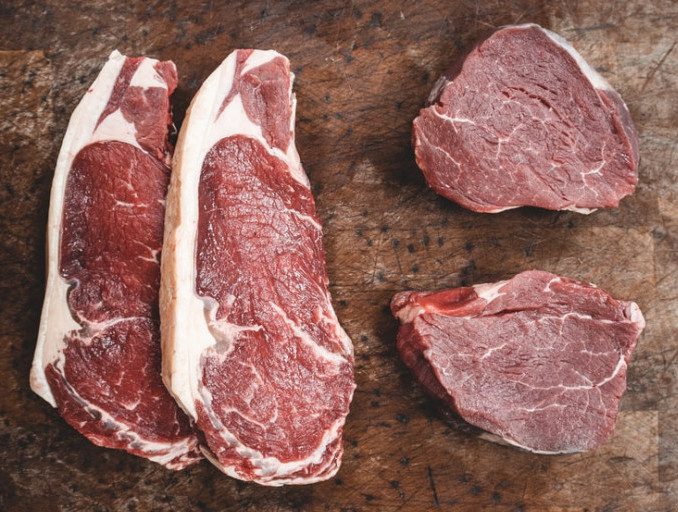 It’s not the best idea to thaw any meat on the counter because if the outside of the meat reaches temperatures between 40°F and 140°F, you will expose it to bacteria.

One common bacteria you may have heard of is salmonella. It is known for causing food poisoning.

Although, yesterday, I needed to thaw out some steak for dinner. I was making a Steak and Veggie Skillet. And I did the thing I just told you not to; I started the thawing process on the counter. But I was careful and made sure it was only slightly thawed before putting it in the refrigerator to finish. There is no way it reached 40 degrees.

If you want to be safe, though, there are better ways to thaw your steak or any meat. The refrigerator, microwave, or cold water are all excellent options. And if you use the counter, please pay attention to its temperature, and beware of the risk.

Why Does Steak Turn Brown?

The Different Colors of Steak

You’ve already learned about why steak turns brown, and you know it is red in the grocery stores, but did you know it can also be a purplish-gray? And that’s what color it is if it’s vacuum-packed. Steak doesn’t turn red until it comes in contact with oxygen.

Most people assume steak is red because of blood, but according to Chico Locker and Sausage Co., that isn’t true. Since steak is a muscle and there is no blood in the muscle, you don’t have blood in steak. Plus, they remove all the blood when they slaughter the animal.

Does that surprise you? So, if the red liquid isn’t blood, then what is it? According to Jeffrey Savell, a professor of Meat Science at Texas A & M University, meat is 70% water. So, the red liquid you see in the steak is the water mixing with the myoglobin protein. Myoglobin is a dark grayish-purple, but the color changes to red when it comes in contact with oxygen.

That means water + myoglobin + oxygen = the red juice in steak that looks a bit like blood but isn’t.

A Little More About Myoglobin

To explain a bit further…

When myoglobin is exposed to oxygen, it’s called oxymyoglobin and turns the steak a bright red.

So, I hope that answers your question about why your steak turns brown. It’s the myoglobin interacting with oxygen. It may or may not be an indication that your steak is spoiled, but at the very least, you now know not to throw it out just because it’s brown or has brown spots. In other words, there are other factors you will want to pay attention to, such as feel and smell.

You might have learned something new, as well, such as the red juice in the steak is not blood. And to think that all my life I thought it was, only to find out it’s the myoglobin coming in contact with oxygen. Steak is a muscle, that in its original form, is purplish-gray. The oxygen and myoglobin determine what color the steak will be.

If you found any of this fascinating, please leave a comment below.