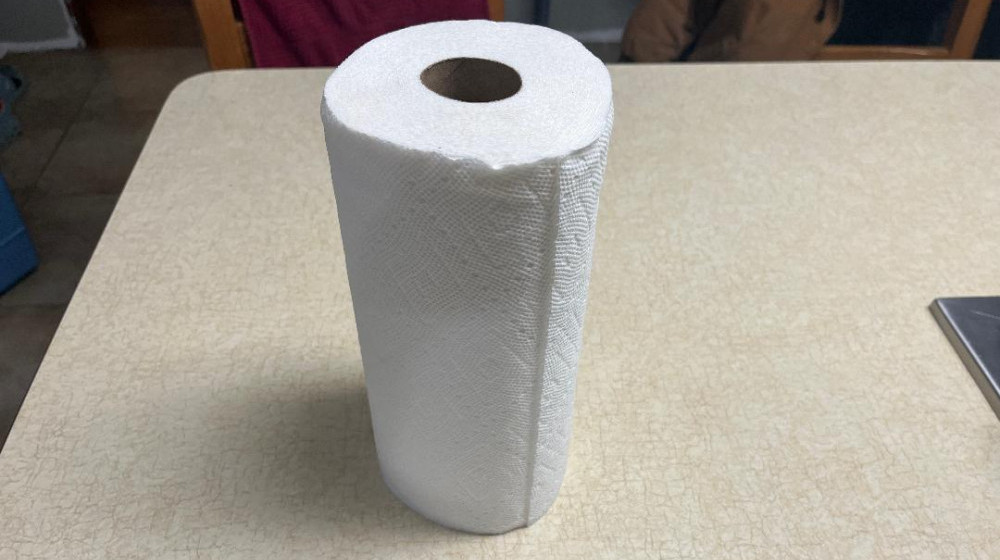 Someone was recently complaining about how many paper towels they used taking care of their cast iron pans.

A paper towel to clean out any leftover grease, another for drying, and one to add a thin layer of oil before storing. That was three paper towels every time they used their cast iron pan.

They didn’t like the cost involved nor all the waste that ended up in the landfill.

On top of that, the paper towels were leaving bits of lint.

So, they were looking for an alternative.

I perked up because that was precisely how I felt a few months ago.

When I started using cast iron, paper towels seemed to be the go-to way to take care of your pans.

I was already one who used them sparingly, and it seemed like all I heard was “Just use a paper towel to…” when it came to cast iron.

For the same reasons, I also had been looking for something else as a replacement.

What about you? Are you looking for an alternative to paper towels?

Then let’s get started.

What Can I Use Instead of Paper Towels on My Cast Iron Pans?

Fortunately, there are other things to use if you are looking for an alternative to paper towels. For example, a lint-free cloth that can be washed (preferably by hand) and used repeatedly is ideal. Two other ideas are an old t-shirt or newspaper. Some “cloths” are better at absorbing grease or drying than others, but all three would be good for applying a thin coat of oil.

Any lint-free towel will work, though I didn’t like the Mr. Siga microfiber cloths as much as I hoped I would. They were absorbent but seemed to get caught on the surface when drying or oiling.

Though my Norwex towels and cloths are also microfiber and much better. So, it depends on the brand. If you have old Norwex, I say use it, but buying it new for that purpose doesn’t make sense. The Norwex brand is too expensive.

Cotton will work as long as it’s tightly woven. In other words, don’t use terry.

Do you have an old tea towel? That should work.

However, beware of trusting every search on Amazon. Several terry cleaning towels came up when I typed “lint-free cloth for cast iron” in the search bar.

So, it’s true that you can find many options on the internet but read the reviews first. I found a shop towel I thought looked good, so I read the reviews. And I found one person who had bought these shop towels specifically to use on her cast iron, and she was disappointed. She said it shredded the towel.

But some shop towels might do okay. Just be sure to read the reviews.

And Kent Rollins recommends bandanas. You can watch his video below to see his top 5 cast iron tips (with #1 being don’t use paper towels).

Earlier, I did a review on the Mr. Siga Microfiber cloth that is lint-free. I often use these cloths for drying my cast iron, so that might also be an option.

An old t-shirt is an excellent idea if you have some you no longer need, and you don’t mind ripping them up.

They are mainly good for seasoning but don’t do as well at drying or absorbing grease.

So, you would use paper towels less. However, if you are looking to eliminate them altogether, you’ll still have to find something else.

One person who uses an old t-shirt has this routine:

As you can see, t-shirts can still be useful even after you stop wearing them. And you could probably wash them by hand if you wanted to hang on to each piece longer.

I saw this idea in several forums.

Apparently, a newspaper is good for scrubbing and absorbing grease, though it doesn’t do quite as well as a paper towel.

I even read it can be used in your pan to soak up extra grease while cooking. For example, bacon.

One person asked if the ink came off and didn’t think it would be safe if it did.

And the one who recommended using newspaper answered and said that it didn’t seem to smudge. But even if it did, this person reasoned it would get washed off when cleaning (rinse and nylon scrubber).

So, if you have newspaper lying around, it might be the paper towel replacement you are looking for.

Similarly, someone said brown paper bags work like newspaper but added that it was also suitable for draining bacon.

My routine has definitely evolved over time.

In the beginning, I only used paper towels, even though I was not happy about how many it took.

Finally, I did some research and settled on microfiber.

The microfiber cloth I decided on was lint-free and received good ratings. But I soon realized it didn’t work very well for oiling cast iron. Fortunately, they work well for drying and I have found other uses for these cloths. I really like them.

I then realized that I had some older Norwex cloths and a couple of other dishcloths that I wasn’t using. These cloths were also lint-free and would probably make good oiling cloths for my cast iron pans.

And that’s what I use today.

I learned from reading multiple forums that people have many different routines that work for them. Some are fine with using paper towels, and others were in the process of wanting to use less or none at all.

A few people never used paper towels even initially, and several don’t bother oiling their pan after they dry it. Interestingly, some people don’t even use water or clean their pan in between uses.

Others don’t bother drying their pan, preferring instead to let the stovetop do all the work for them.

What is your routine?

Whatever it is, and regardless of what you use to clean your cast iron pans, stick with what works for you. There is nothing magical about using or eliminating paper towels from your cast iron cleaning routine.

So, what can you use instead of paper towels on your cast iron pans?

Hopefully, this article has given you a couple of ideas to consider.

A lint-free cloth, an old t-shirt, or newspaper are all excellent alternatives.

Some “cloths” may work better than others, but if you like how it performs, then that’s what matters.

For example, a lint-free cloth will dry your pan the best, and a newspaper will soak up grease better than a t-shirt.