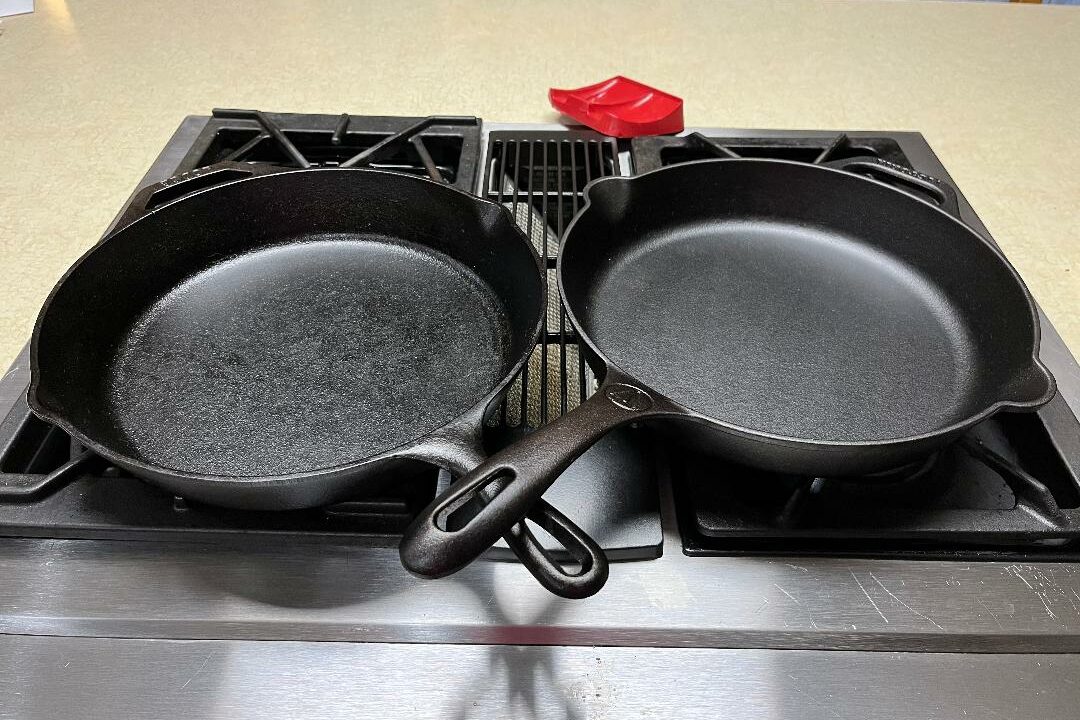 You’ve most likely heard of Lodge, but what about Victoria?

Victoria is a lesser-known brand.

But for those who know both, there is often a comparison made.

In what ways are these two brands similar, and how are they different?

Is one better than the other?

Both Lodge and Victoria are family-owned businesses that have been around for a long time. Lodge makes their cast iron cookware in the USA, and Victoria has their operation in Columbia. Both make affordable cast iron cookware, with skillets being their most popular item. And as similar as the two skillets are, there are some differences in the handle’s design and the oil they use in their factory seasoning.

The Similarities Between Lodge and Victoria

I’ve already mentioned some of the similarities, but let’s go over them again and add a few more.

Keep in mind these similarities are why people compare them to each other. But that doesn’t mean they are exactly the same.

Similarities Between the Companies

Similarities in the Way the Skillet is Made and Looks

Affiliate Disclosure: I am a participant in the Amazon Services LLC Associates Program. If you make a purchase using the affiliate links below, I make a small commission.

To see the Victoria skillet in action, watch the short video below.

How Lodge and Victoria Are Different

These differences are clearly what makes Lodge and Victoria distinct from one another.

Differences as a Business

Differences in the Skillet Design

Which One is Better?

I’m sure I haven’t covered every similarity or difference, but I hope I’ve given enough to make a good comparison.

However, to answer the question about which one is better, I can’t say.

People all over the world love Lodge for its quality and affordability. And just because fewer people know about Victoria doesn’t change the fact that they also make affordable quality cast iron.

The most significant difference is in the handle. This is most likely where people will decide which one they like better. However, a few other things may sway some people, such as the oil used to season the pan or the larger pour spouts.

Another reason you may decide one is better than the other is because of where it’s made.

And certainly, if you want a more extensive selection, you may decide to stay with Lodge. But why not try a Victoria skillet too?

I recently received my first Victoria skillet, and have used it once. I really like it. It was easy to tell the difference in weight and I clearly could see that it has a smoother surface. I made my cheesy ham and potato skillet meal, and nothing stuck. The one thing I was skeptical about was the handle, but I enjoyed that it was longer. I don’t have a single complaint about the Victoria 12-inch cast iron skillet.

Watch the video below to see how to make chicken and how the Lodge skillet performs.

How to Make Chicken in a Lodge Cast Iron Skillet

We have made the comparison but haven’t really answered the question of which one is better. I think that’s because one isn’t better than the other. It will always depend on what you, as an individual, are looking for.

When you compare two brands, such as Lodge vs. Victoria, you can see how they are similar and how they are different. And hopefully, the comparison will help you decide which one you think is better for you.

If you would like to know more about which size cast iron skillet you should get, check out the following:

What Size Cast Iron Skillet Should I Get? – 5 Pans to Consider