I am a participant in the Amazon Services LLC Associates Program. If you make a purchase using the links in my articles, I receive a small commission.

Have you ever asked yourself if it is safe to cook with cast iron? Is cast iron cookware healthy? Have you heard people saying it is or it isn’t, and you don’t know what to believe? This article will look at some of the common questions people ask when they want to find out if cast iron is healthy or unhealthy for cooking.

It was interesting to research this topic because I didn’t ask this question when I started cooking with cast iron. I assumed it was healthy since it has been around for generations. I thought if I cooked healthy food in my cast iron, I could say it was healthy, but if I made a cake in my cast iron skillet, it wasn’t healthy. I associated the health of cast iron more with the food I was cooking rather than with the pan itself.

This article mainly deals with the questions surrounding the health of cast iron itself, not the food you cook in it. The following is what this article will cover:

The primary ingredient is cast iron is iron. I bet you didn’t know that. Iron is not toxic to our bodies unless you get too much. Most people don’t get enough iron though. That’s why you might see cereals or other foods fortified with iron. Pregnant women are often put on iron supplements because their bodies need more iron. That was true of me with each of my pregnancies.

But it is also true that a person can have too much iron in their blood, causing iron toxicity. Some people have a condition known as hemochromatosis, a disease that causes the body to absorb a disproportionate amount of iron from their food. Does that mean people with hemochromatosis should not eat food that has been cooked in cast iron?

According to Iron Disorders Institute, glass and ceramic cookware are best for people with iron disorders. But, they say, as long as you are being monitored regularly and your levels are within normal range, any type of cookware is okay. So even with an iron disorder such as hemochromatosis, cooking with cast iron is not out of the question.

Small amounts of iron get into your food when cooking with cast iron, but it generally isn’t enough to benefit a person who needs more iron in their diet. But if you struggle with having too much iron in your blood and are at risk for having iron overload, it may be easier to avoid cast iron.

Either way, though, I think it is safe to conclude that cast iron is not itself toxic for the average person.

Does Cooking in Cast Iron Cause Cancer?

According to UPMC Healthbeat, in their article, Do Metals in Cookware Cause Cancer? cast iron is one of the best choices for cookware. They say, at most, a small amount of iron may be added to your food when using cast iron.

But how does that answer the question of whether cast iron causes cancer? UPMC Healthbeat states that overall, research has not shown a link between cancer and any metal cookware.

If you are concerned about too much iron being released into your food, you can take the following measures: 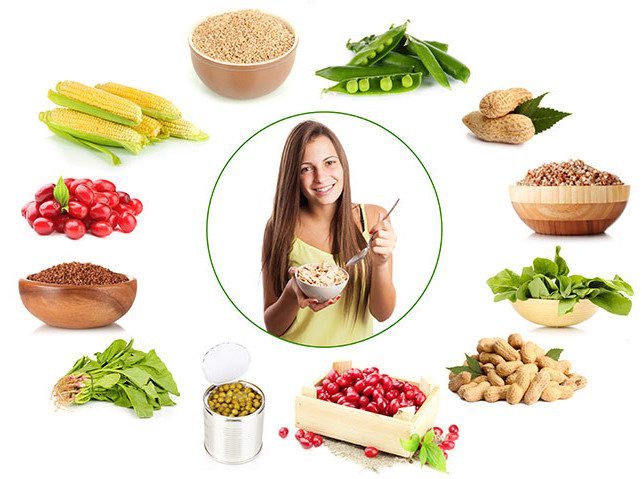 Is Cast Iron Harmful to Children?

I’m sure you would want to know if a particular type of cookware is harmful to your children so this is a legitimate question to ask. Pretty much all my research said the same thing: cast iron is beneficial to children. Growing children need iron and often don’t get enough.

That is not to say cast iron is a solution for your child’s iron needs, but it is a benefit. You will need to feed them foods rich in iron such as beans, chicken, seafood, turkey, red meats, nuts, vegetables, leafy greens, and dried fruits. According to Very Well Family, children should eat at least two foods rich in iron every day.

If you have any picky eaters, there are plenty of foods that are fortified with iron such as some ready-to-eat cereals, oatmeal, iron kids bread, and pasta. You won’t absorb the iron in iron-fortified foods as well as foods that are naturally rich in iron, but they are a good choice if your picky eater won’t eat anything else.

And cooking in cast iron will help too!

Is Cast Iron Cookware Safe For Your Health?

We’ve talked about the benefits of cooking with cast iron for children but what about everyone else? The safety of cast iron in relation to your health revolves mainly around whether the iron that leaches into the food is good for you or not.

You probably realize by now that a small amount of iron gets into your food when you cook with cast iron. This is not a problem unless you already have too much iron in your blood. But how do you know how much iron you need?

Here is an iron needs overview chart from Healthline:

As you can see, your iron needs vary according to your age, gender, and whether you are pregnant or nursing. According to National Institutes of Health, you can safely consume 40-45mg/day without being in danger of iron overload.

Based on these numbers, it is my opinion that cast iron cookware is, in general, safe for your health.

What Should I Not Cook in Cast Iron?

Keep in mind, we have already answered the question of whether cast iron cookware is healthy. But are there any foods you should not cook in your cast iron? Or is every food okay?

I read you should never boil water in your cast iron pot because of its potential to rust when iron and air and water are all present at the same time for too long. But that’s not really cooking.

According to Epicurious, you should avoid:

None of the foods have to do with the health of cast iron cookware. You would avoid cooking acidic foods because of the metalic taste, how well the food holds up, and whether it will stick to the pan.

Some foods don’t make that much sense to me to cook in cast iron, like boiling pasta. Boiling any food in water seems to fall in the same category as boiling water, which you shouldn’t do.

One other thing to keep in mind is not to store your food in cast iron. Food should be taken out and put in another container so that your cast iron can be cleaned and dried, and seasoned with a thin coat of oil or cooking spray. I have been guilty of leaving the food in my skillet and only covering it up. I guess I will have to change my ways.

What About Cooking in Antique Cast Iron Pans?

Comparing the healthiness of cooking in antique cast iron pans with newer cast iron, I only found one consideration. If you don’t know what the pan was used for, maybe it wasn’t used for cooking food. Instead, someone used the pan for melting things, possibly even a harmful

chemical such as mercury. I’m sure the risk is slim, but you might want to consider testing the pan if concerned.

Otherwise, as long as your pan is in good condition, there is no reason to think that antique cast iron wouldn’t be the same as the newer pans as far as its safety and health.

Many people and even professional cooks will tell you that cooking with antique or vintage cast iron cookware is better. I do not personally know one way or the other. If you have an opinion, I would love to hear what you think.

Is Enameled Cast Iron Less Safe For Your Health?

Enameled cast iron is what it sounds like; a cast iron pan that is covered with a glass-like enamel coating. So the question is if the enamel surrounding the cast iron makes it less safe than traditional cast iron. Well, that depends.

Are you looking for a pan that won’t leach iron? Then enameled cast iron is better.

Some people cook with cast iron to add iron to their diet, even if the amounts are small. If your goal is to add iron to your food, then enamel won’t do that. But it still doesn’t make it less safe.

Are you looking for a pan that you can cook acidic foods in without getting a metallic taste? Then enameled cast iron is better but doesn’t address the issue of safety or health.

So what is it about enamel that might make some people question whether it is safe or not? The lead. Small amounts of lead are used to make the enamel which causes some people to be concerned. But is it concerning? We know that lead has been proven to be harmful to humans if they ingest it or breathe too much in.

Using enameled cast iron is not less safe for your health unless the enamel contains more lead than the FDA has deemed safe for humans.

Advantages and Disadvantages of Cast Iron

We have answered quite a few questions you might ask when deciding if cast iron is healthy. I am confident it is, except for someone who needs less iron in their diet. Even then, I wouldn’t consider it unhealthy, but I also would say it would be best not to cook in cast iron exclusively.

In fact, alternating cookware isn’t a bad idea for anyone.

But as far as cast iron being toxic, there is no evidence.

Can it cause cancer? No.

Is cast iron harmful to children? No.

What about your health in general? Yes, it is safe.

Acidic foods may be of concern for some, but unless you need less iron getting into your blood, the concern will not be for your health.

As long as the enamel meets the FDA guidelines for lead, enamel cookware is safe.

And the chances are that antique cast iron is as safe as newer cast iron cookware when it comes to your health.

I hope this article has helped you to make an informed decision on whether cast iron cookware is healthy for you.

I would love to hear your thoughts or if you have something to add. Please leave a comment below.