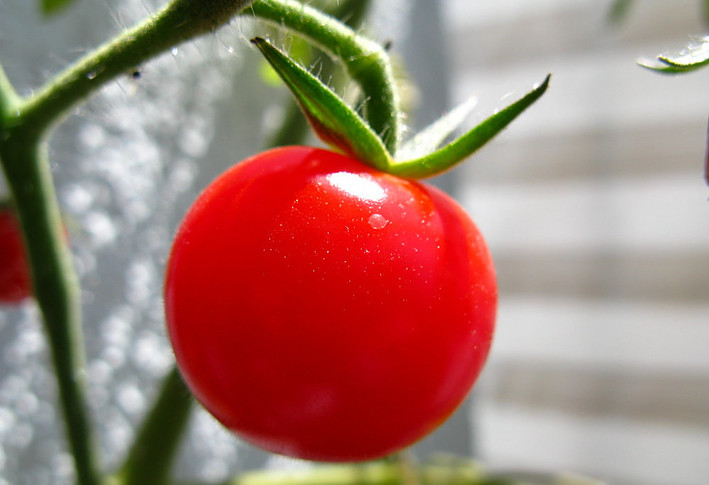 Have you heard that cooking acidic foods in cast iron will cause the food to take on a metallic flavor?

How and why would that happen?

If your cast iron is seasoned, the iron should not come in contact with the food.

And if the iron doesn’t touch the food, how can it change the taste? How will it make your food taste bad?

In my research, I’ve read plenty of articles that say acidic food tastes bad when cooked in cast iron. So, you should never cook with tomatoes or make a tomato-based sauce.

But I’ve read even more articles that say it’s a myth, at least the part about never doing it.

Who should you trust?

And what do you really need to know if you don’t want to risk your spaghetti sauce tasting bad and getting a metallic flavor?

Does Acidic Food Taste Bad When Cooked in Cast Iron?

When you cook acidic foods for an extended period, it can weaken the seasoning and cause the iron to leach into the food. When this happens, your food can indeed take on a metallic flavor. But if your pan is well-seasoned, and you don’t simmer the acidic food for a long time, this should not happen. In fact, most people do not have a problem with it.

What Are Acidic Foods?

I’m talking about foods relating to cooking in cast iron, not acidic vs alkaline foods in your diet (which I found quite fascinating, btw).

However, I did read something interesting on Lodge’s website. It said the following is a myth: “You can’t cook acidic or alkaline food in cast iron.” Lodge says these foods are fine to cook in small quantities and for shorter periods, even in brand new cookware. But large amounts of either for an extended period will break down the seasoning.

I knew that was true of acidic foods, but I’ve never heard it’s also true for alkaline.

Consequently, when you look on the PH Spectrum chart, you find tomatoes are in the alkaline section (as are many citrus fruits). But that doesn’t mean they’re not acidic before entering the body. Apparently, some foods are both.

And that’s why you will hear that tomatoes are acidic and harmful for cast iron seasoning.

So, keep in mind we’re not looking at what acidic or alkaline foods do to your body, but what they do to the taste of the food. Or to the seasoning in your cast iron.

I’ll continue to write about acidic foods; just know it might also apply to alkaline foods. Especially foods that are both, such as tomatoes and citrus fruits.

Foods That React to Metal

Tomatoes are absolutely known to react with metal. They may be the most common, but they’re not the only acidic food.

I wanted to find a comprehensive list but couldn’t. However, I did come across a few more foods that I didn’t know about. So here is what I found:

Fish and eggs can fall in the same category.

Is It Okay to Cook Acidic Food in Cast Iron?

The general consensus is it’s okay and won’t affect the taste of the food or hurt your seasoning as long as you keep a few things in mind.

1. The quality of your seasoning. A well-seasoned pan will hold up well and keep the acidic foods from coming in contact with the iron. But a new or poorly-seasoned pan may be affected if it is in there too long.

2. The acidity of the food. Tomatoes are the most common example because many dishes contain tomatoes or tomato-based sauces. But they are less acidic than citrus fruits or wine.

3. The length of time the acidic food cooks or stays in the pan. The best advice I heard was from America’s Test Kitchen. They recommend only making meals that don’t require simmering of acidic foods for longer than 30 minutes. And to remove the food as soon as it’s finished cooking.

On the other hand, I read about someone who cooks a tomato-based chili in his cast iron dutch oven (not enamel) for twelve hours with no problems. He attributes it to all the built-up layers of seasoning on his pan. I don’t recommend trying it, though.

The Importance of Seasoning

You probably already figured out that the seasoning in your pan is what’s most important when cooking acidic foods.

The condition of your pan’s seasoning will be why your food tastes bad or like it’s supposed to taste.

Having a well-seasoned pan is what every cast iron user wants.

For that reason, many people (including me) choose not to cook acidic foods in their cast iron.

They figure it’s safer that way.

Don’t get me wrong. Even new seasoning can handle acidic cooking for a short period, but that doesn’t mean you have to do it.

I don’t know if it makes chili or spaghetti sauce taste better. You might think it does. If so, it will be worth it for you to learn the best ways to cook acidic foods so your food won’t taste bad.

And as long as you also cook non-acidic foods in between, you should be fine.

Several people said that they do just that. They make their chili or Shakshuka, but they also make cornbread and steak, and other foods that help build up the layers of seasoning.

And if by chance, the seasoning is damaged, you can easily reseason the pan. You might have to throw the food away, though.

As you can see, sometimes acidic food tastes bad when cooked in cast iron.

However, it doesn’t mean it will.

As long as your skillet is seasoned, it will create a barrier between the iron and the food.

But if you cook the acidic food for too long, you might ruin the seasoning. The damage might allow the iron to leach into the food giving it a metallic flavor.

Your best bet is to watch your time and don’t let it simmer for too long. And remove the food once it is done, so it’s not just sitting in the pan.

If your pan is seasoned and you follow these two steps, you should have no trouble cooking acidic foods in your cast iron.