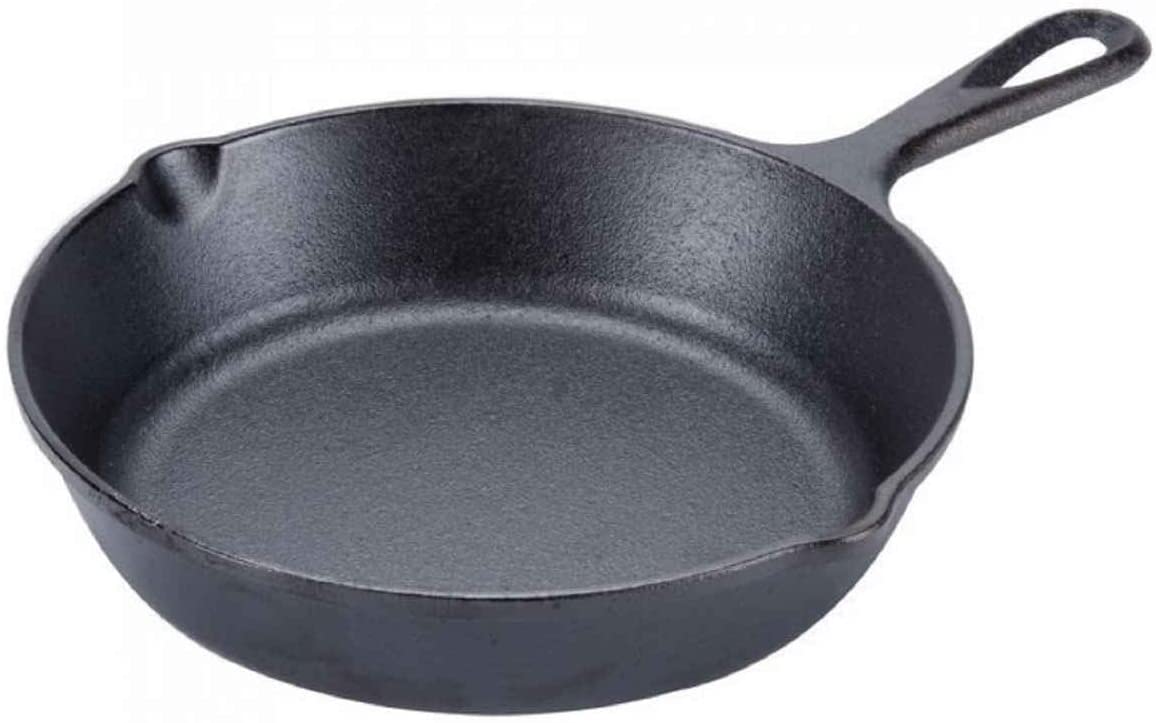 Are you looking for a smaller cast iron skillet?

Have you thought about all the reasons a smaller skillet would be beneficial, or do you have some questions? Such as, is this skillet really worth having? Or what would I use it for?

Cast iron, in general, has made a comeback. More and more people find they like cooking in cast iron and the maintenance isn’t as difficult as they thought. As a result, they like that their food tastes better, and cast iron offers many new dishes to try.

If I have described you or if, for any reason, you would like to know more about Lodge or its smaller 6.5-inch skillet, continue reading this review.

I am a participant in the Amazon Services LLC Associates Program. If you make a purchase using one of the links in this article, I receive a small commission. 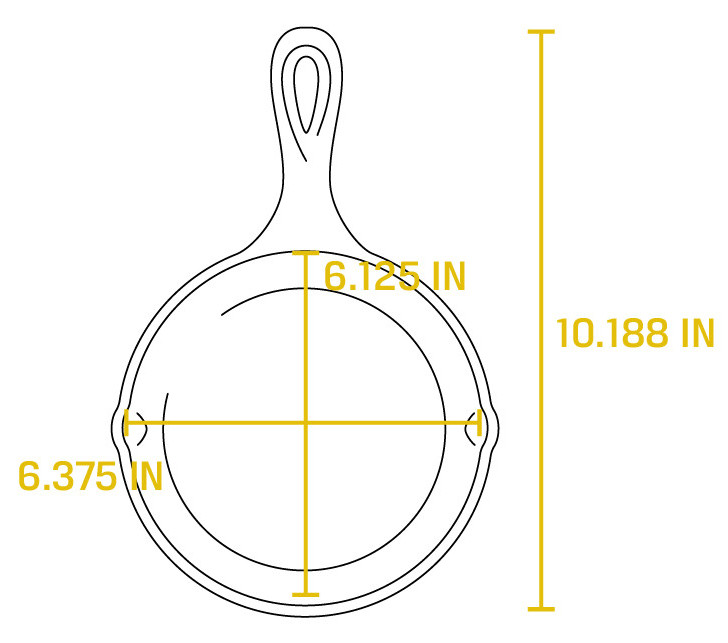 A Little About Lodge Cast Iron

Lodge Cast Iron is located in South Pittsburg, Tennessee, and has been there from the beginning.

In 1896, Joseph Lodge opened the Blacklock Foundry but later changed its name to Lodge Cast Iron after a fire destroyed it in 1910.

Three months after the fire, the Lodge family opened another foundry down the road, and they still making cast iron cookware there today.

In addition, Lodge created the logo of a black skillet frying a single egg in 1973.

Through it all, Lodge Cast Iron has survived and thrived and is well-known today for its quality cast iron cookware.

What Do You Need to Know About the 6.5-Inch Skillet?

All Lodge cast iron cookware is made in the US, and the 6.5-inch skillet is part of the Lodge classic cast iron collection. It is the largest of the small skillets.

Some of its features are:

Lodge cast iron cookware is well-known among cast iron users as affordable and well-made, and the 6.5 is no exception. Therefore, this skillet is one you will want to pass down to future generations.

It has many uses, and whether you want to bake a skillet cookie or saute mushrooms, this skillet is the perfect size.

And often people have several skillets to serve the hot food in the pan.

But you have to be careful because the pan, including the handle, is hot, so if you do this, you might also want to have enough handle holders for each skillet.

As far as cast iron goes, it’s lightweight, making clean-up that much easier.

My Thoughts on This Skillet

This pan is honestly one of my favorite skillets. I ordered two, but when they first arrived, they were smaller than I expected them to be, and I wasn’t sure I liked them. But I decided to give these two little pans a try, and I’m so glad I did.

Like I said, I own two of the 6.5-inch skillets, and I also have two Camp Chef 7-inch mini skillets. One of the things I make is skillet cookies. One package of chocolate chip cookie mix makes four large cookies. Then, we add some ice cream and eat it right out of the skillet.

Another way I use this pan is to make grilled ham and cheese. I often use the 7-inch because it gives me a little more maneuvering room, but the 6.5-inch pan is also big enough. While the pan is getting hot, I warm up the breakfast ham slice a bit, so it helps melt the cheese, and so the meat is hot when I eat it. And I put the ham in between two cheese slices.

I love all my cast iron skillets, but one of my favorite things about the 6.5-inch is it’s lightweight in comparison, and the clean-up is quick and easy.

I didn’t season mine before using it since it comes pre-seasoned, but it does mean I have to make sure I have enough fat or oil in the bottom of the pan when cooking. Or that what I’m making doesn’t need oil or fat, i.e., grilled cheese. And neither do my skillet cookies.

Eventually, I will build up the seasoning with use, and my skillet’s surface will be smooth and nonstick.

Therefore, I recommend this skillet, especially if you are only cooking for yourself. Which I usually am at lunchtime.

What Others Are Saying About the Lodge 6.5 Inch Cast Iron Skillet

As I read through the Amazon reviews, many of them said the same things that I said and like about this skillet. And they mostly gave 5 stars.

People said things like it’s easy to clean up, excellent for skillet cookies and grilled cheese, relatively lightweight, and perfect when cooking for one.

Plus, several people bought more than one, so they could use them when friends were over.

Many people said they did their own oven seasoning when they first got their pan, with one person saying they seasoned it five times before using. Lodge skillets have a pebbly finish, meaning they aren’t nonstick until you build up the seasoning.

Just because I didn’t season mine before I used it doesn’t mean I don’t understand why others want to do it right away.

What others made in their skillet:

One person didn’t like that it’s not the size Lodge says it is; it’s a bit smaller, and when you factor in the cooking surface, it’s more like a 6-inch skillet.

Another person didn’t like the gritty surface and planned to sand it down before seasoning.

In my opinion, the Lodge 6.5-inch cast iron skillet would be a great addition to any kitchen. Unless you never use a small skillet and don’t intend to, then I think you would be happy with this one.

So, if you are looking for a smaller pan, I recommend the Lodge 6.5-inch cast iron skillet.