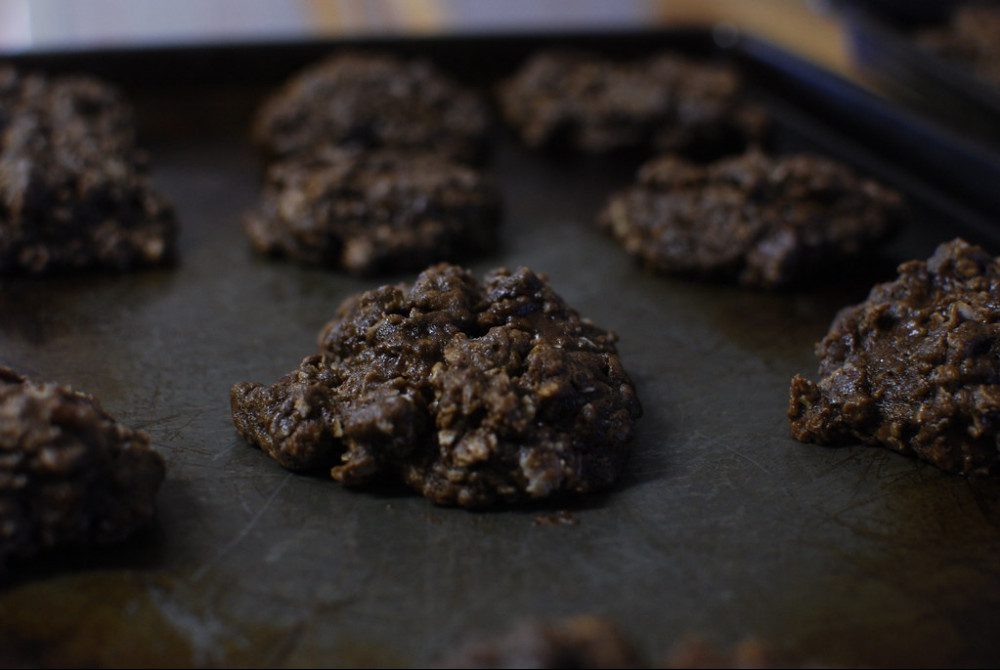 It wasn’t too long ago that I didn’t even know they made cast iron baking pans. I wanted to know why they didn’t, so imagine my surprise when I found out they do indeed make them.

Yes, Lodge makes cast iron baking pans. It weighs more than aluminum, but it might not weigh as much as you think since it’s cast thinner than traditional cast iron.

However, I don’t want to get ahead of myself.

What is a Lodge Cast Iron Baking Pan?

A Lodge cast iron baking pan is part of Lodge’s Bakeware Collection. It is cast thinner than their traditional cast iron pans, meaning it will be lighter. However, it’s still heavy compared to aluminum. The advantages of cast iron are its heat retention and the brown crust (caramelization) it gives to the food you’re cooking. The heat retention means your food will stay hot longer, and the crispy outside adds flavor to the food. Fortunately, you can make foods such as cookies, pizza, roasted vegetables, fish, etc. And like all cast iron cookware, it will last.

Lodge Cast Iron is located in South Pittsburg, Tennessee, and has been there since 1896.

For all 125 years, it has been family-owned.

It began as Blacklock Foundry but the building burned down in 1910.

However, Joseph Lodge (the founder) was determined. He soon rebuilt down the road and called the new facility Lodge Cast Iron.

Lodge survived the Great Depression and the invention of Teflon.

Although cast iron took a hit when Teflon was all the rage, it has revived in recent years.

In 2002, Lodge began pre-seasoning their pans and soon became the standard among cast iron manufacturers.

As the business continued to grow, another foundry was built. The new foundry enabled Lodge to increase its manufacturing capacity by seventy-five percent.

They offer both a classic and a premier line of cast iron. Lodge’s premier line is called Blacklock, named after the original foundry.

Additionally, Lodge carries enameled cookware, bakeware, collections (or series), all of which are cast iron.

Today, Lodge continues to be a leading manufacturer throughout the world and makes close to 2 million pans every month.

Is the 15.5 inches the cooking surface, or does it include the handles?

Why can’t you use this pan on the stovetop?

While it’s true that Lodge says this pan is not intended for stovetop use, some people have used it there anyway. They put it across two burners as a type of griddle to make things such as bacon or pancakes. Lodge doesn’t explain their reason, but it may have to do with they sell griddles for the stovetop or the pan is cast thinner. A thinner cast would be more susceptible to warping on a stovetop.

How deep are the sides when you start at the cooking surface?

The pan is 1 inch deep, starting from the cooking surface.

Can you put the pan under the broiler?

Is it okay to use this pan on the grill?

Lodge only recommends using it in the oven, but others use there’s on the grill and are happy with the results.  Although Lodge doesn’t explain why it may be due to its thinner casting. An oven provides even heating and makes the metal less susceptible to warping.

Can you explain all the dimensions of this pan?

This pan has very high reviews. In other words, people liked this pan. They often commented on what they made.  So, I will start there. People made:

Some even talked about using their pan on a pellet grill, an induction cooktop, and a grill. Of course,  there were other positive things said, too, such as:

On the negative side:

First, let me say I do not own this baking pan yet. But I want to get one eventually.

I like the idea of roasting vegetables or potatoes and getting the caramelization (crust) that you get with cast iron. Or baking fish and chicken wings.

Just last night, I baked some fish on my aluminum baking pan. It tasted delicious, but I imagine it would taste even better on cast iron.

And I can’t forget pizza. I think this pan would make an amazing pizza.

However, I probably would continue to make cookies on my aluminum baking pans. Well, I might try cookies on the cast iron, but I’m not convinced yet that I would think they tasted better.

I like that it’s cast thinner and not as heavy but has all the properties and advantages of cast iron.

Moreover, I think it will be an excellent addition to my kitchen.

So, based on my desire to get one and all the positive things others have to say, I would recommend the Lodge 15-inch cast iron baking pan.

I hope you have enjoyed reading my Lodge 15-Inch Cast Iron Baking Pan Review. And that you now have a better understanding of the pros and cons of the pan.

As you can see, those who purchased one are happy with it overall. They like the brown crust it creates while cooking, the generous cooking surface, and the quality of the pan.

And I look forward to getting one in the future to try out all the foods I think will taste better in cast iron.