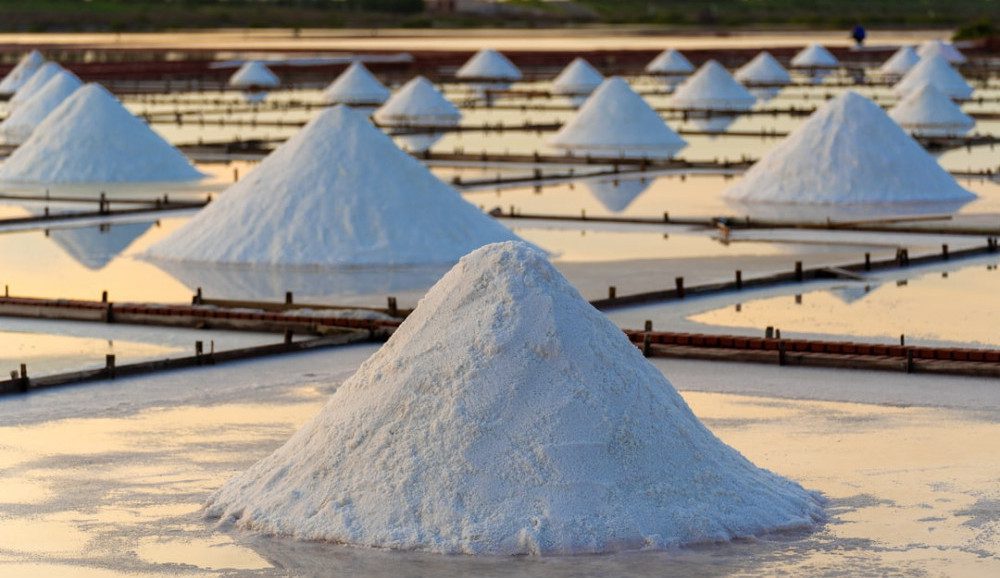 Who else wants to know, “Why does kosher salt clean cast iron?”

I can’t be the only one who has wondered how salt actually cleans the pan and why it has to be kosher salt instead of other types of salt.

In general, salt is a natural abrasive and can safely soak up grease and oil as well as loosen stuck-on food. Kosher salt is coarse, and many say coarse salt works better for cleaning than table salt, which is more granular. In truth, any salt will get the job done, but kosher is a favorite. So when you ask why kosher salt cleans cast iron, the simple answer is because it’s salt. And salt plus a little water works as an abrasive without harming the seasoning.

Kosher salt is coarse and mainly consists of sodium chloride with very few to no additives.

In other words, you will rarely find iodine in it, but sometimes anticaking agents are added to the salt.

Kosher salt goes back to Jewish tradition. In Leviticus 17:13-14 in the Bible, God says very specifically that the life of every creature is in its blood and therefore must be drained before consuming.

Draining the blood goes back even further, to Noah, in Genesis 9:4, when God first gives animals for food and tells him he must never eat any meat that still has the lifeblood in it.

Jews drained the blood from animals through a process known as koshering. Today, koshering usually takes place at the butcher shop. However, some people do their own.

Interestingly, sprinkling kosher salt on meat draws out the blood. I didn’t know that.

However, this has nothing to do with using kosher salt to clean your skillet.

First, let me say, many people who clean their cast iron with salt use the words “kosher” and “coarse” interchangeably.

But there are many different types of coarse salt, and kosher is just one of them.

However, kosher salt is the most economical choice, and why people use it more than sea salt, for example.

2. Why is Salt Used to Clean Cast Iron?

Salt is a natural abrasive, and people have been using it for cleaning for many years.

The truth is, you’re going to get food stuck in your pan from time to time, depending on what you cook.

Other times, you don’t get it cleaned up right away, and the residue from cooking gets left in the pan.

Since you can’t soak cast iron, you must find ways that make the clean-up manageable.

And salt is one of those ways.

How to Clean Cast Iron With Salt

3. Does Kosher Salt Have Any Cleaning Properties?

On a forum, someone asked this question.

They said they didn’t want to waste their kosher salt if there were no advantages besides being abrasive.

After all, they said, a scrub brush is abrasive and seems to work just as well.

A gastronomist replied and said there is nothing chemically going on, and basically that they were right. A scrub brush works just as well. Plus, this person pointed out that any salt would also work just as well.

Then a butcher chimed in and said salt has antibacterial properties and soaks up excess grease and fat where bacteria and mold could live. He didn’t speak specifically to kosher salt, though.

Most others said they used kosher salt because it didn’t harm the seasoning. In other words, they didn’t use it for its cleaning properties.

Personally, I’m with the person who asked the question. I would go through a lot of salt if I used kosher or any other salt every time I had to soak up grease or scrub residue off the skillet.

Although people have used salt for years to clean cast iron, I don’t think that it has to be kosher.

There is nothing about the properties of kosher salt that make it better than other types.

Nor do I think salt is necessarily the best or only way to clean cast iron.

I mainly put my hot cast iron skillet under hot water (see video below), use a scraper and brush, or sometimes soap or chainmail. Chainmail works similar to salt.

However, I am not opposed to cleaning with kosher salt.

It boils down to preference.

4. How to Clean a Cast Iron Skillet Using Salt

If you watch Youtube videos, you find there are various ways to clean your skillet using salt.

However, most of them use coarse salt and a little water.

Although I have pointed out that any salt will work.

Here is a general idea:

Why does kosher salt clean cast iron? Hopefully, I have answered this question and given you a few things to think about.

For example, not only does kosher salt clean cast iron but any salt will.

Kosher salt doesn’t have any specific cleaning properties that make it better than other abrasives, and it really boils down to preference.

However, cleaning with salt is a favorite way used by many.

What abrasive do you use to clean your skillet?