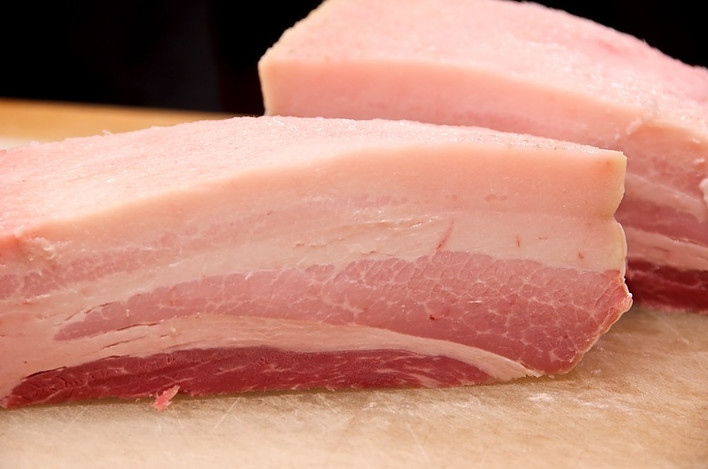 Have you ever thought about making your own bacon but wondered if it was worth the effort?

Have you heard that the flavor of the homemade smoked bacon will convince you never to buy it from the store again?

I have never made my own, so I can’t verify how good it tastes or give my opinion on if it’s worth the effort.

Hopefully, you will learn from what others are saying. Whether it’s from those who love making their own bacon or those who have tried it and thought it was too much work.

I will share a video on how Cowboy Kent Rawlins makes his own bacon at the end.

Is Making My Own Bacon Worth the Effort?

People who make their own bacon say it’s not much work and definitely worth the effort. They say it’s the best-tasting bacon they’ve ever had. Some, who like homemade but don’t want the hassle, will tell you to buy your bacon from the butcher. It tastes as good (or almost as), and you have none of the work. Still, others have not even given it a thought as they like store-bought bacon just fine.

You Will Never Buy Bacon at the Store Again

There are whole websites dedicated to bacon, and forums where people share their experiences of making their own. The popular opinion on these sites is that curing your own bacon is worth the effort.

On several forums, someone would ask whether it was worth the effort or if homemade bacon really tasted better. And people responded by saying things like:

Buy Your Bacon From the Butcher

Keep in mind that most people buy their bacon from the store and have never considered making their own. Therefore they don’t visit forums that talk about making your own bacon. But for the few who did weigh-in, they mainly had the same reasons; reasons such as :

Easy Homemade Bacon – How to Cure Your Own Video

5 Tips I Picked Up in My Research

If you have decided you would like to try making your own, here are a few tips that others mentioned:

If, after reading what others thought, you decided making your own bacon is not for you, don’t feel bad. Not everyone:

As you can see, making your own bacon is a matter of preference. Some say it is worth the effort while others say it isn’t.

If you find cooking adventurous and fun, you are more likely to be drawn to making your own bacon.

Or if you think the benefits outweigh the time and effort it will take.

Perhaps someone you know has made their own bacon, and you had a chance to taste it. And now you’re dissatisfied with store-bought bacon and are looking for a tastier or healthier option.

You might be willing to make your own or try getting bacon from the butcher.

However, if you are busy and cooking isn’t you’re favorite thing, you are less likely to want to make your own bacon.

Maybe none of the reasons people had were convincing enough.

Or you don’t own a smoker or a charcoal grill.

Or you like what you can buy in the grocery store just fine.

I would say that is me. But, maybe I would feel differently if I made my own.

Will you make your own, buy it from the butcher or just keep getting at the grocery store?