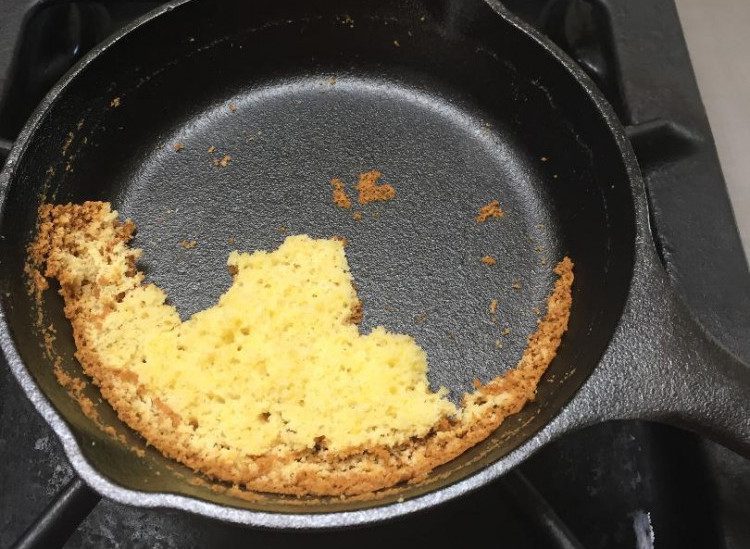 When I started cooking in cast iron, I heard I should make cornbread. So I looked up a recipe, bought the ingredients, but ended up using Jiffy Cornbread Mix because I bought cornstarch instead of cornmeal.

I did finally get the cornmeal, but I have yet to use it. Because to be truthful, I find it easier to use a Jiffy Cornbread box mix.

Nevertheless, my cornbread stuck every time until the last time I made it. So what did I do differently?

This article will answer the question of how to keep cornbread from sticking to your cast iron skillet, talk about five things you should always do, and tell you about how I finally succeeded.

No One Likes It When Their Cornbread Sticks

I made cornbread three times in my cast iron skillet, and all three times, it stuck to the bottom.

The first time, I put a little oil in the bottom of my 10 inch square cast iron skillet, added the Jiffy mix, and baked it too long. It was dry, and it stuck to the bottom. So I decided to try again and cook it for less time than the box suggested.

The second time I made cornbread, I baked it the same way as I had the first time but for twelve minutes instead of fifteen. As a result, it was not as dry and that was good, but it still stuck to the bottom of the pan.

I was hoping the third time would turn out differently because I had read about preheating the pan. I was also using my new 10.25 inch Lodge cast iron skillet.

What else did I learn? Use two boxes of Jiffy for a 10-inch pan.

I sprayed the pan with cooking oil, put it in the oven while it was heating up to 400 degrees, and kept it in there for a while so it would be nice and hot.

Then I poured the Jiffy mix into the pan and put it back in the oven. Guess what? The cornbread stuck to the bottom again, maybe worse than the other two times (the photo below says it all).

I was disappointed but determined.

So, I decided to do more research and try and find out what I was doing wrong.

Unfortunately, I didn’t come up with one exact way to keep your cornbread from sticking, but I did find the following five things you should always do when making cornbread.

5 Things You Should Always Do

Looking at these five things you should always do, can you figure out what I did wrong? 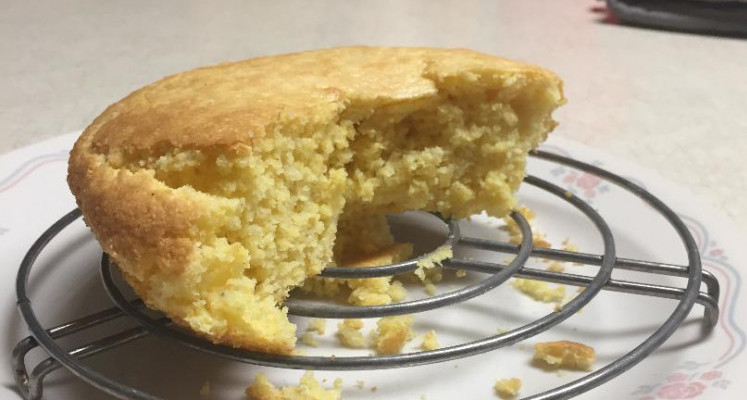 The Method I Found Success

After many attempts to get my cornbread to fall out of the pan in one piece and failing, I finally achieved success. What did I do differently? I used oil instead of cooking spray. The genuinely delightful thing was hearing my husband say it was the best cornbread he could remember having. Here is what I did: 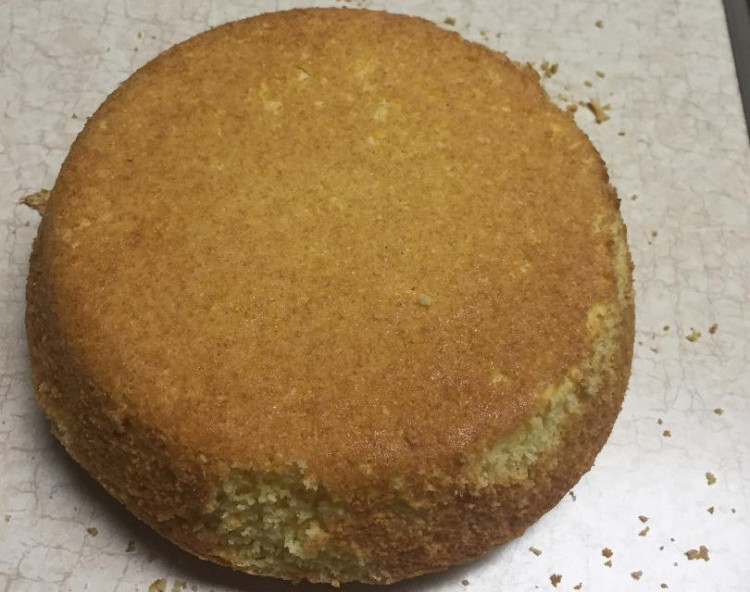 I will keep trying to perfect it, possibly using a bit more oil next time and oiling the sides of the skillet.

Many people say yes because of the crust it gives you, but others say it doesn’t matter. Men and women historically have made cornbread in cast iron, so many people associate cornbread that way. But whether it gives you a better crust or not is up for debate. Does it taste better when cooked in cast iron? You be the judge.

Using a Jiffy Box Mix Vs. a Recipe

Again, this is more a matter of opinion and preference. If you like Jiffy or any other box mix and never even try another, you are going to say use a box mix. It is easier, and cornbread mixes are inexpensive.

On the other hand, if you grew up with homemade cornbread, you will have a different opinion most likely. Or if you have tried both and found homemade to taste better, You might say using a recipe is the way to go.

I think using a Jiffy Cornbread box mix is fine. But I don’t know if I’ve ever had homemade. I like Jiffy for the same reason I just said; it’s easy, convenient, inexpensive, and tastes good. I like that.

But just in case I haven’t convinced you, I thought I would add a recipe that I haven’t tried. If you try it, let me know what you think. There are tons of recipes on the internet too. Here is one. Since I wasn’t sure I was allowed to post it on my website, I just gave you a link.

I will also post a video with another recipe. But the recipe you get here is from the Betty Crocker cookbook I received in 1982 as a wedding gift.

Have you learned how to keep cornbread from sticking to your cast iron skillet? I hope this article has answered that question.

I often write from my own experience because I believe that is the best way to answer the questions that I and others have about cast iron cooking.

Do you have any other tips? Questions? Or have you had your own success story or experience of cornbread sticking that you would like to share? I would love to hear about it; just leave your story, tip, or question in the comment section below.